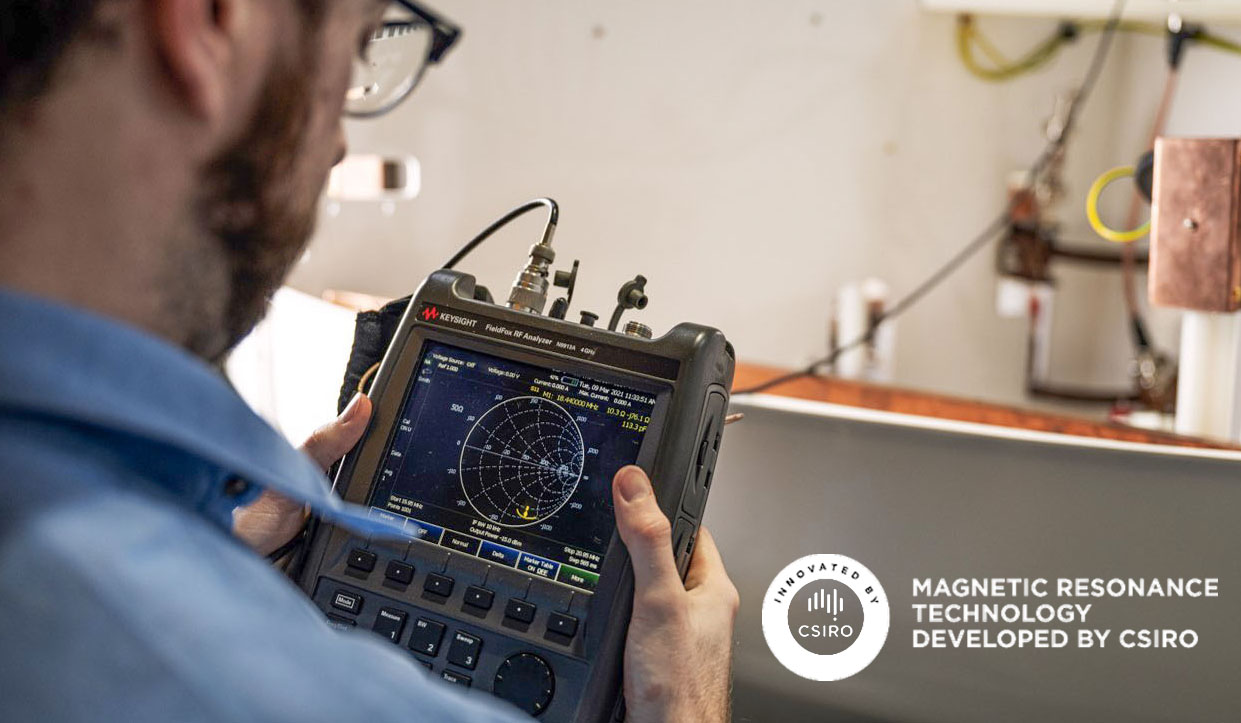 Mineral concentrations measurements are carried out using cutting-edge magnetic resonance technology, proven to deliver the fastest and most accurate bulk mineralogical measurement of any technology. 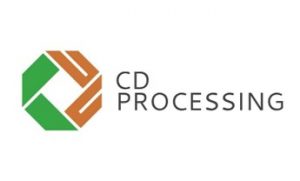 MRA sensors are customised to fit the target conveyor belt and ore type.

MR analysers are tuned to priority minerals, typically this is either the primary economic mineral(s) or deleterious minerals. MR is able to deliver high precision grade measurements of 100% of the material conveyed on the belt in as little as 1-2 seconds.

Check here [/link to /technology/mag_res_tech/] for a list of available mineral targets.

MR analysers are designed for high throughput applications where tonnages exceed 100 tonnes per hour and for belts wider than 600 mm (23″). Typical throughputs are between 400 – 5,000 tph.

Largest particle top size is typically no more than 1/3rd of the belt width, to ensure particles do not fall off the conveyor belt.

MR analyser opening size is designed with a healthy space above the ore to avoid particle collisions with the sensor.

Shielding protects the sensor from intermittent tramp metal or mining debris carried with the ore.

The MR radio signal is tuned specifically to the signature resonant frequency unique to the target mineral and no other. There are no “false positives” from other minerals or elements, so no calibration adjustments are required for changing ore composition regardless of host-rock, intermittent presence of trace elements, varying moisture content or particle size distribution.

The MRA is calibrated in the factory using a standard sample prepared using ore or concentrate from the client’s mine site. After assembly on site, the standard sample is used to confirm the calibration. No ongoing re-calibration is required, and the standard is used only after installation and major repairs or component replacement.

MR measurement relies on non-ionizing, radiofrequency electromagnetic radiation similar to the frequency band used for aerial TV or radio. This radiofrequency field is transmitted and received by an antenna in the MRA sensor core.

Further safety information on RF radiation can be found on the US FCC website here.

The MRA uses integrated shielding and electrical interlocking switch systems to adhere to the strictest RF and electrical safety standards for use on mine sites in close proximity of personnel. 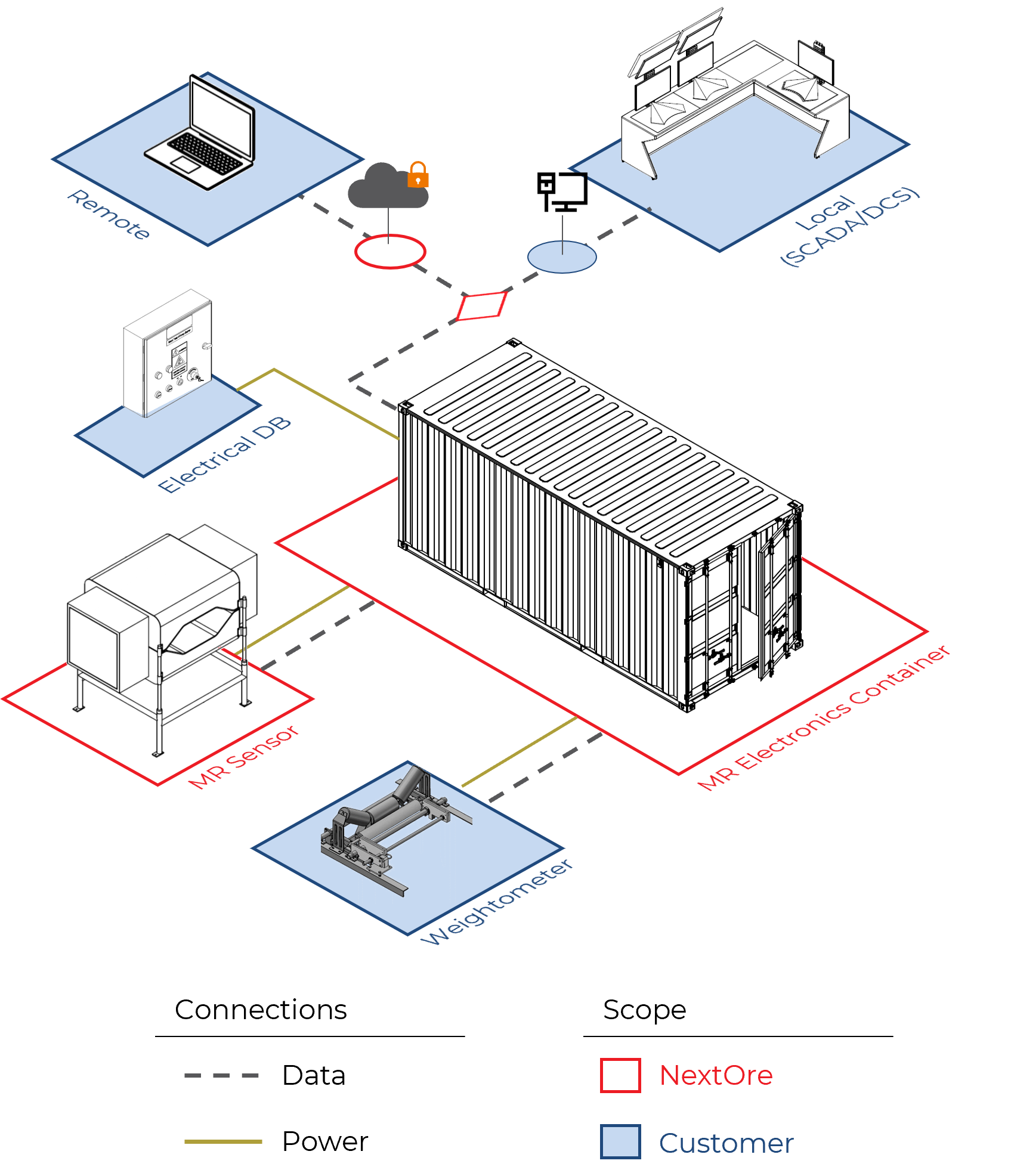 MR Analysers are designed to easily retrofit to existing or new conveyor belts. The sensor is designed to be installed in parts over a single shutdown of no more than 12 hours and without splitting the conveyor belt.

The customer must supply a source of power and analogue connection to a belt scale nearby the MR sensor.

Data produced by the analyser can either be linked to a local SCADA/DCS system directly using MODBUS TCP/IP or to cloud reporting via secure Microsoft Azure cloud data.