The mobile bulk sorting plant (MBSP) is a compact turn-key bulk ore sorting solution that can be deployed quickly and easily either to undertake pilot bulk sorting trials or to carry out full scale bulk sorting for smaller mining operations. 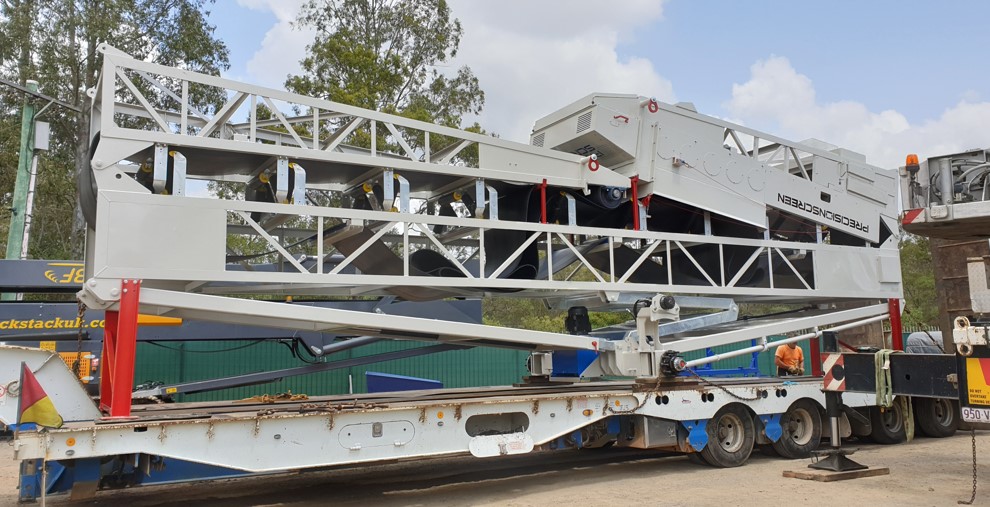 The MBSP is a flexible, modular plant transported in component parts and assembled on-site. No civil works required – does not require concrete footings, water or compressed air feed.

Option of either fully-diesel or fitted with transformer for connection to local power distribution. 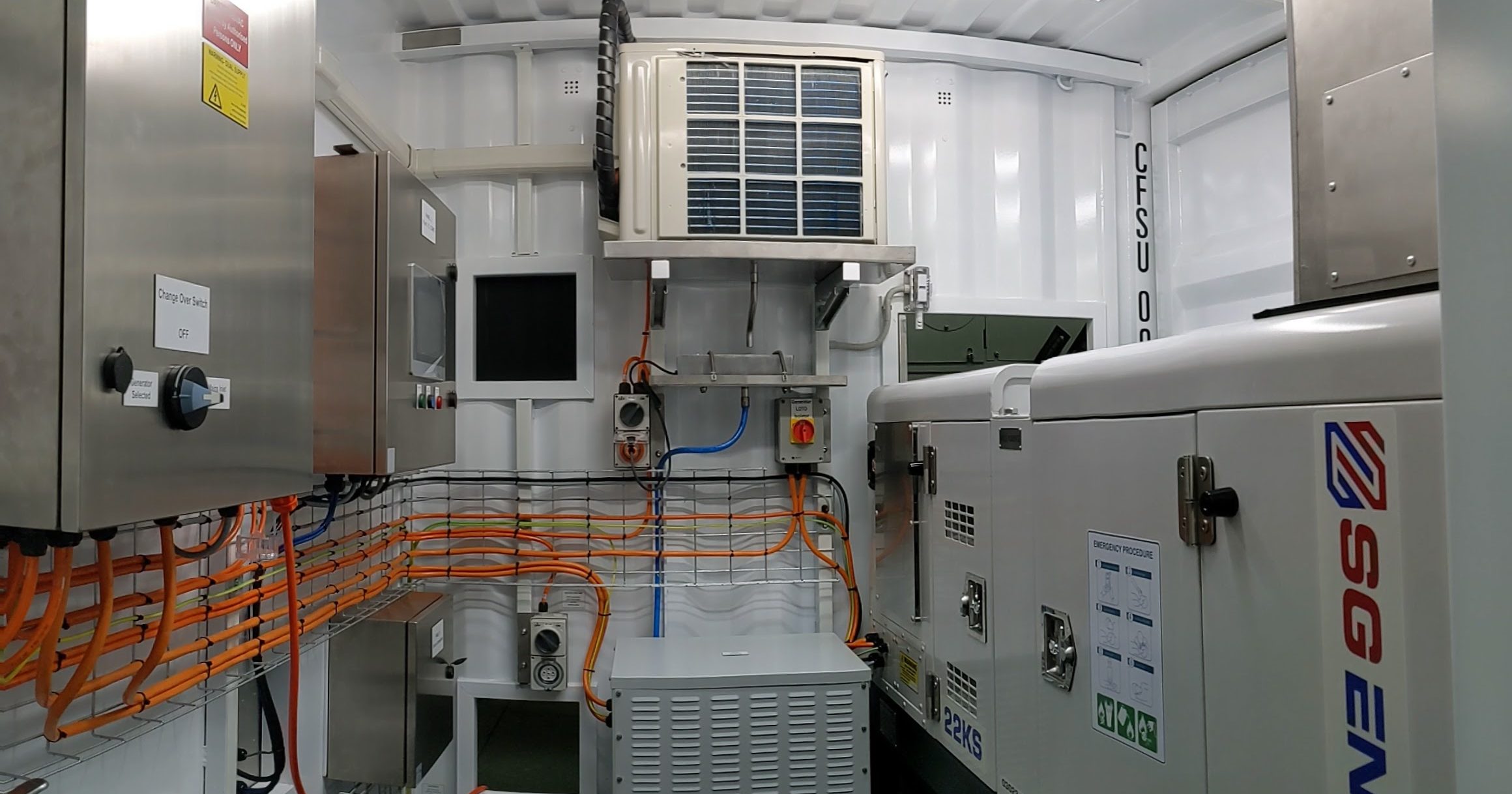 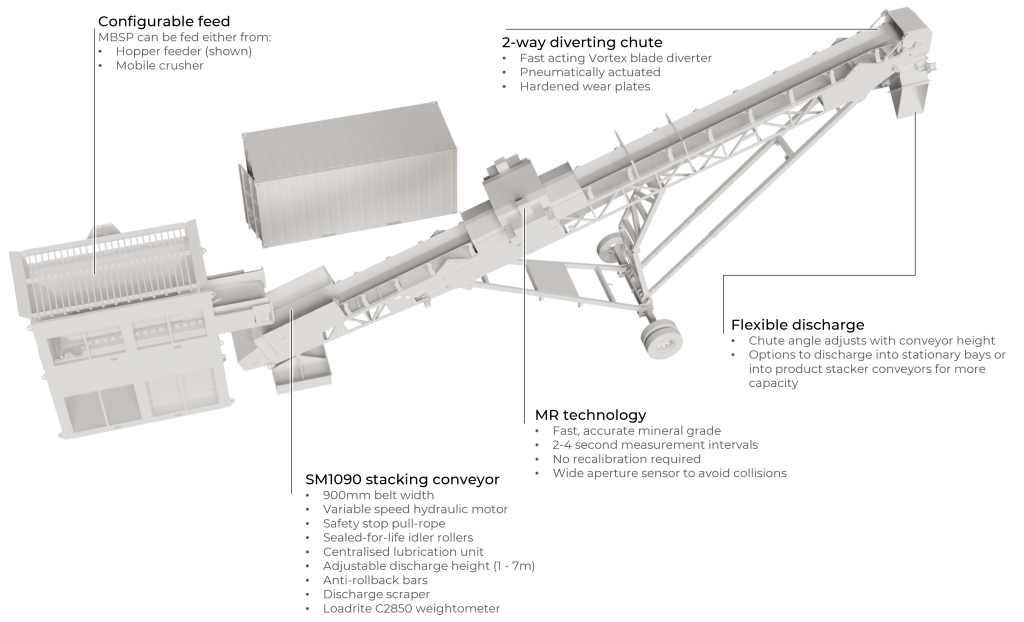 The MR radio signal is tuned specifically to the signature resonant frequency unique to the target mineral and no other. There are no “false positives” from other minerals or elements, so no calibration adjustments are required for changing ores regardless of host-rock or intermittent presence of other trace elements.

MR measurement relies on non-ionizing, radiofrequency electromagnetic radiation similar to the frequency band used for aerial TV or radio. This radiofrequency field is transmitted and received by an antenna in the MRA sensor core.

Further safety information on RF radiation can be found on the US FCC website here.

The MRA uses integrated shielding and electrical interlocking switch systems to adhere to the strictest RF and electrical safety standards for use on mine sites in close proximity of personnel. 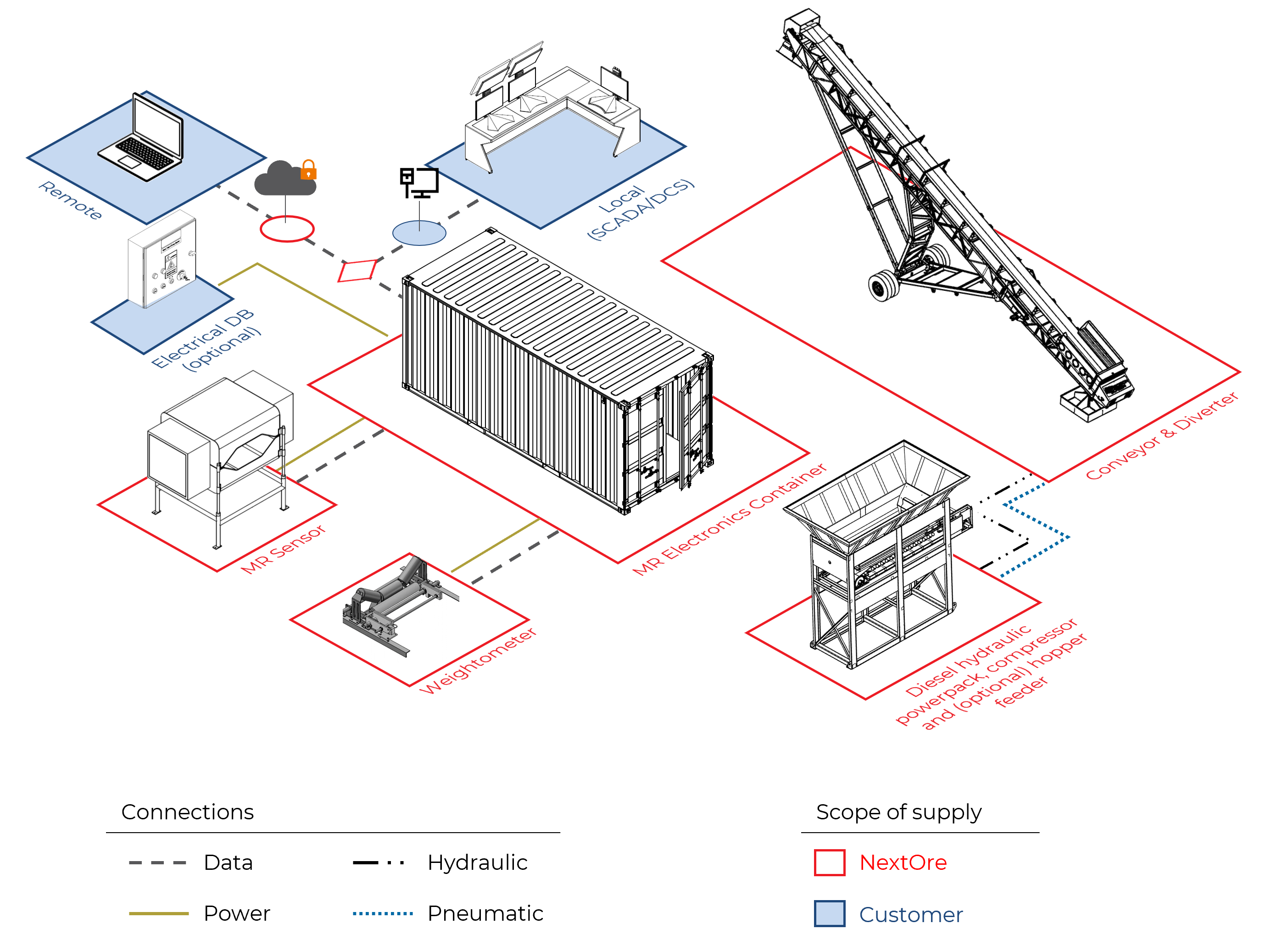 Data produced by the analyser can either be linked to a local SCADA/DCS system directly using MODBUS TCP/IP or to cloud reporting via secure Microsoft Azure cloud data.